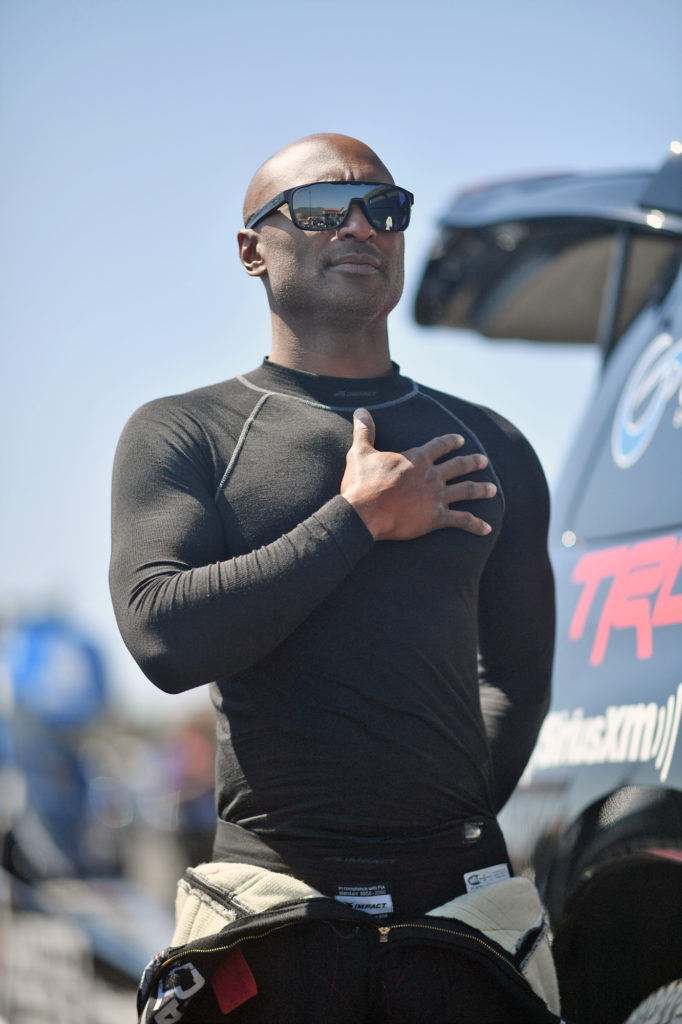 Antron Brown dreamed of driving one of the world’s most iconic racecars, but never truly believed that one day he would, let alone win three world championships. His vibrant personality, perseverance, intelligence, athleticism and deeply held religious convictions helped plot the course to getting a job driving in NHRA drag racing’s ultimate category of Top Fuel in 2008. And just four years later, the New Jersey native was crowned the 2012 NHRA Top Fuel world champion along with his Matco Tools teammates at DSR. Achieving that championship milestone enabled Brown to become the first African-American to win a major U.S. auto racing season championship. That accomplishment, coupled with his commitment to helping young Americans, earned him two prestigious honors in 2013.
Read More

Here with Fred at the #USStreetNationals at @brade

Is there always something you’ve wanted to ask m

Had a little fun Revving up the crowd at the @pace